“There are only two ways to live your life. One is as though nothing is a miracle. The other is as though everything is.”
Albert Einstein
(unconfirmed) 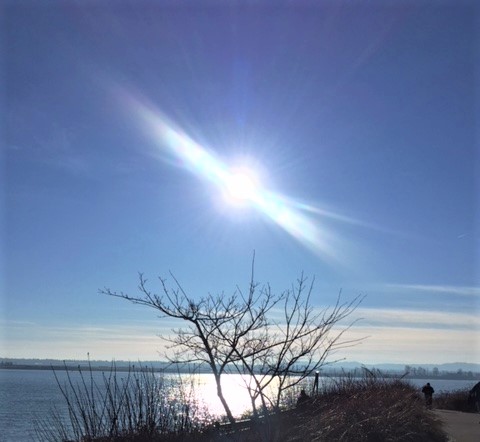 I am fully convinced of this...

Happy New Year! With the New Year approaching, I was wondering what I should reflect on.  2017 was confusing, beautiful and very challenging all in one.  Im sure God's teaching me something, but the only word that comes to mind for me is "Miracle".  This morning I felt led to talk to someone that I haven't talked to in many years.  We have a mutual friend on social media and I just had to find out why we were randomly connected on that extraordinary phone call, seventeen or so years ago at a grocery store.  The person had a message for me that was very meaningful and I was really grateful to hear it.

This conversation had me thinking about miracles. I was wondering if my "Stephanie Moments" were really in fact God's hand in my life, so I took a moment to ponder, and thought "yes" that was too unusual to excuse as the norm.

Are miracles commonplace for everyone, and we don't notice them or write them off as coincidence? Why do some people see everything as a miracle and some will not see anything as one after experiencing the very same thing? 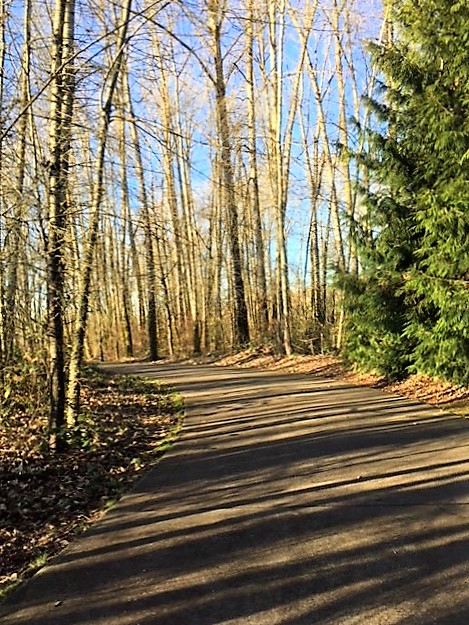 I grabbed my notebook and camera and walked the waterfront path in our area and boldly asked a few of the walkers, "I'm doing a little post on miracles today, do you have anything that you would like to share"? 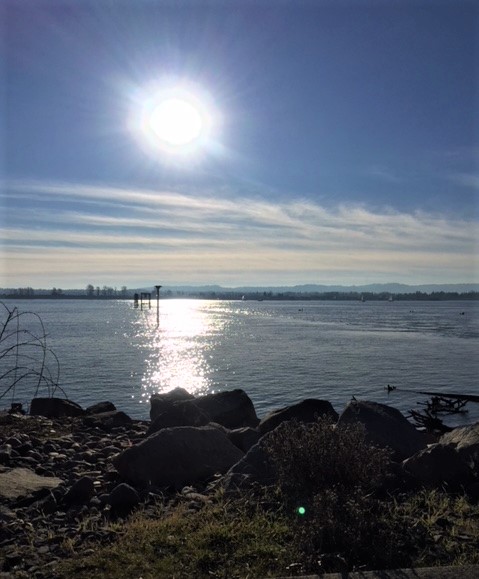 "The sacred moments, the moments of miracle, are often the everyday moments, the moments which, if we do not look with more than our eyes or listen with more than our ears reveal only...a gardener, a stranger coming down the road behind us, a meal like any other meal. But if we look with our hearts, if we listen with all our being and imagination... what we may see is Jesus himself." 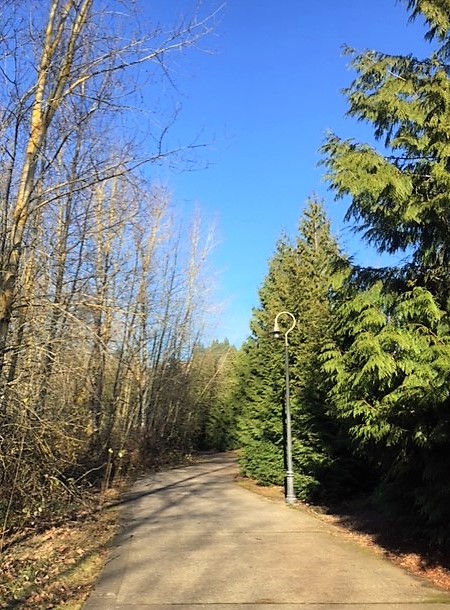 The responses were surprising. I expected to hear many stories, but most said no, I never have had a miracle happen to me.  Everyone was still very interested in the conversion and stopped and gave me their views.  One lady said "I was just saying what a miracle it is to see the flower bulbs look so dead and know that they will come alive in a few weeks".

A lady in a wheelchair was recovering from a fall from seven feet over the holidays and she said it was a miracle she was still alive and that she's getting better everyday.  One man said it's a miracle that it's so beautiful today in the middle of winter. 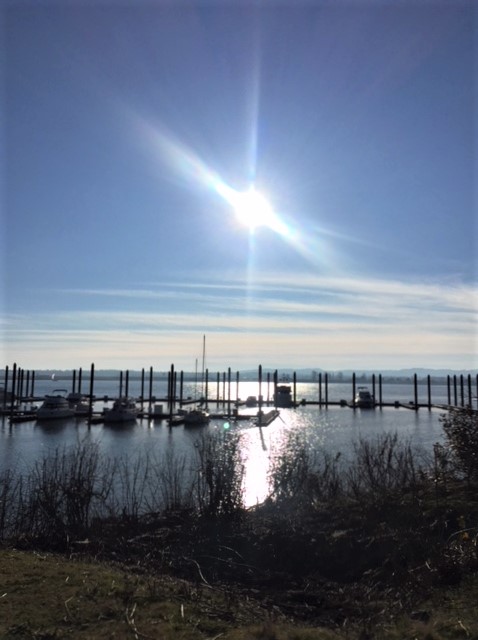 Most loved the conversation including a group of three that told me "I have many miracles, I don't know which one to say".  "We are kindred spirits" she said, tell me more about your post.  As I was talking to them, they called to my attention a little hummingbird on a branch just a few feet behind me staring at me.  Everytime I would open my mouth, he would chatter until I stopped and turned around and he would stop.  It was quite humorous and makes me think God must have a sense of humor.:)   They said "what a great way to start the New Year".  Nobody (other than us four and one child) noticed the hummingbird so close, they just walked on by. 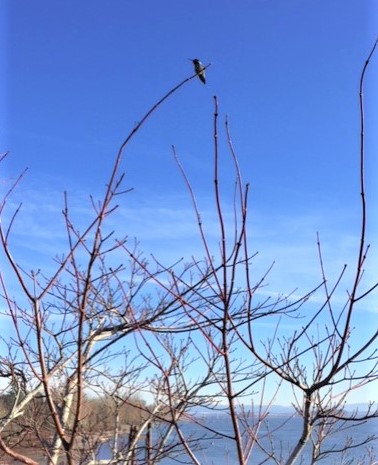 Do miracles really happen?  Are we so caught up in our own little worlds of worry and striving that we just walk by something so blatant calling our attention and we fail to see that this a miracle. Something that can't be explained. 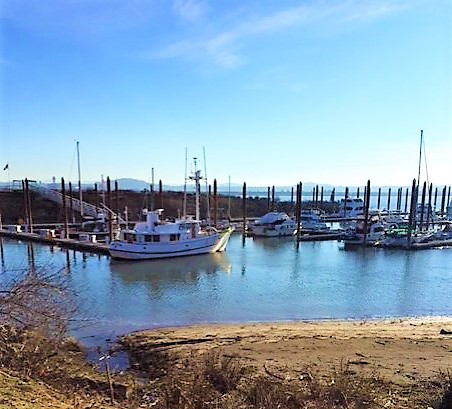 : an extremely outstanding
or unusual event, thing,
or accomplishment. 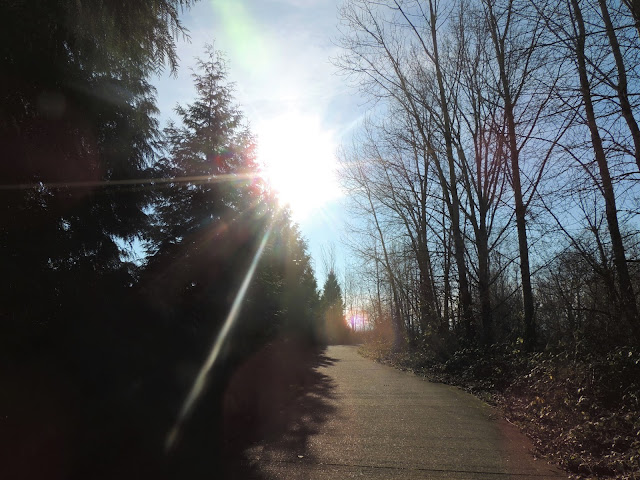 This brings me back to this morning's conversation.
In the grocery store one day, about seventeen years or so ago, I got a phone call out of the blue from a lady I knew when we were teenagers.  All I remember that day is that someone handed me a cell phone with her on the other end.  My husband or I don't remember whose cell phone it was, only that she knew me and she wanted to talk to me about a message from her father that was there with her. (I have no idea why I didn't think that was strange at the time, she was in California and I was in Washington State).

When I was fifteen years old and I went to her church, and her dad was the pastor.  I just came to know who God was and I was doing everything there.  I became very involved by helping out everyway I could.  Someone spoke something about me that wasn't true and I was kicked out of the church (really).

I was just devastated and called the pastor with as many scripture verses I could find to convince him to let me stay.  Ultimately, I had to let it go and I believed at fifteen that God rejected me.

God placed people in my life along the way to come back to Him.  I know now He never rejected me, not for one moment.

The day I got the call in the grocery store was a message from the pastor, he was so sorry and he said it was wrong to kick me out of church.  I told him that I was doing good and God brought me to Him and all was forgiven.  He was a sweet, gentle and human man!  (I really loved him) He passed away this year leaving a crushed daughter, wife and congregation behind.  I asked his daughter this morning if that really happened, that miracle phone call?  She said yes that really happened and she forgotten all about it until now.

I would call that a miracle, wouldn't you? 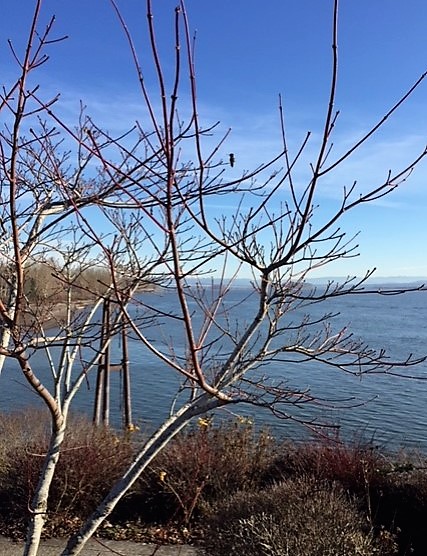 Have a wonderful New Years!

At that time the disciples came to Jesus and asked, “Who, then, is the greatest in the kingdom of heaven?”


He called a little child to him, and placed the child among them.  And he said: “Truly I tell you, unless you change and become like little children, you will never enter the kingdom of heaven.  Therefore, whoever takes the lowly position of this child is the greatest in the kingdom of heaven.  And whoever welcomes one such child in my name welcomes me.
Matthew 18
Posted by Stephanie