Ramblings as I wait...


The best classroom in the world is at the feet of an elderly person.~ Andy Rooney


They will still bear fruit in old age,
they will stay fresh and green,
Psalm 92:14 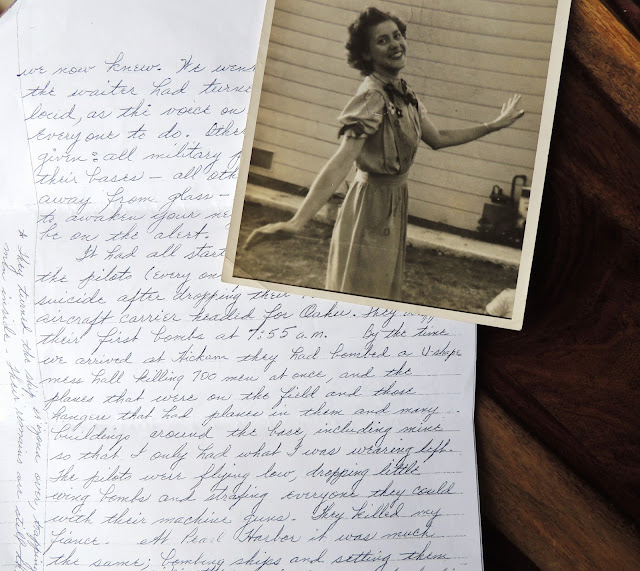 This is my grandmother Ann,  she was right there during the Pearl Harbor attack.  I found the photos below  with some old Hawaii photos that she took.  I don't know who took the photos, but they were from the same camera as some of her old Hawaii pictures.   http://www.bannerandsail.com/2016/09/a-treat-for-me-least.html?spref=tw … …


These are her original words accounted and I have not changed the grammar at all. "which is a probably a good thing" :) I just copied it how it was written by her. A letter to my brother.

Dear Jimmy,
You asked me what I remember most about Pearl Harbor.  It was truly a day of horror for me, one that followed a beautiful day of nice and pretty things. The football team from Willamette University in the state of Washington had come over for the biggest game of the season, at haft-time hundreds of balloons were released to float up into the beautiful blue sky.  That evening, eight of us went to the Royal Hawaiian Hotel for dinner and dancing.  It was full to the limit, in fact, there were lots of people everywhere.  It was the biggest shore leave in history (for Hawaii) because of the more than average number of ships anchored in our harbor (Pearl) . I had moved into our quarters on Hickam Field, the big Air Force Base there, on December first to get it all fixed up before my fiance and I were married on January tenth.

After we finished our dinner and dancing, we right, all from Hickam Field, took two cars for a trip around the island (Oahu) to stop at various beautiful spots to admire the lovely sea and Hawaiian night.  At dawn, we arrived at the Haleiwa Hotel for breakfast and to watch the San Pans (little Japanese fishing boats) go out to sea and to watch the airplanes of the daily "dawn patrol" fly over.

The first strange thing that we noticed was that every single one of the San pans went out to sea instead of part of them which was the usual case.  Then, we finished breakfasting  on the hotel veranda (porch) and realized that no "dawn Patrol" had flown over.  ( The Army and Navy had always flown it on alternate days and spokesmen for each said later that each one thought the other was to do it that day.)

We continued on around the island and stopped at the Waikiki Tavern for coffee before going on to Hickam Field.  We had just been served our coffee when we heard anti-aircraft fire.  Practice, we thought, but on Sunday?  Most unusual.

Too, there were planes flying lower than usual.  The men in our group were all pilots, so one of them went outside to see what he could and quickly came back in saying, "the smoke is black instead of white," it is real ammunition going up! We all went out to look just in time to see a little fighter plane fly overhead. Each wing had the round red spot (Japan's emblem to symbolize their "Land of the Rising Sun") painted on it.

It was all real,we now knew.  Went back inside because the waiter had turned his radio on very loud, as the voice on it had instructed everyone to do. Other instructions were given: all military personnel return to their bases. all others stay indoors and away from glass,  turn your radio up to awaken your neighbors so they could be on the alert.

It had all started around 7:30 am when the pilots (every one of them committed to suicide after dropping their bombs) left their aircraft carrier headed for Oahu.  They dropped their first bomb at 7:55 a.m.  By the time we arrived at Hickam they had bombed a U-shaped mess hall killing 700 men at once, and the planes that were on the field and those hangers that had planes in them and many buildings around the base, including mine so I only had what I was wearing left.

The pilots were flying low,dropping little wing bombs and strafing everyone they could with their machine guns.  They killed my fiance.  All Pearl Harbor it was much the same, bombing ships and setting them on fire (or sinking them) and bombing buildings and shooting people.  They turned the ship Arizona over,trapping 200men inside, their remains are still there.  It was all over in less than an hour (the attack,that is) and the pilots having completed their mission put their planes into nose dives and killed themselves.

I later married your Grandfather and believe it or not, when your father was born, his handmade baby clothes and the quilt for crib were made of silk from a parachute that was retrieved from the sea on Pearl Harbor Day. 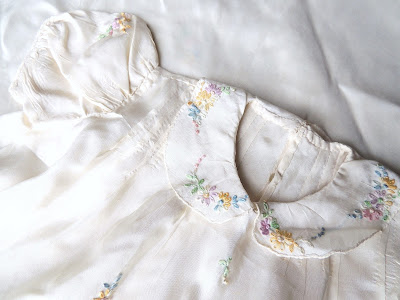 And guess what!  If it hadn't been for Pearl Harbor, you wouldn't be here, because I would have married someone else. 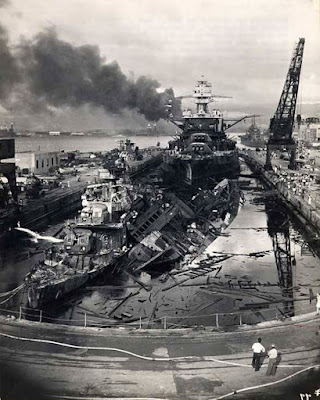 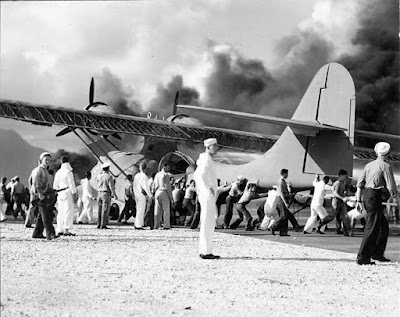 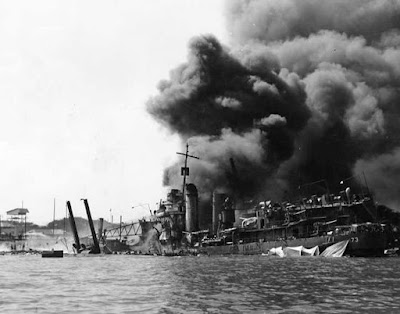 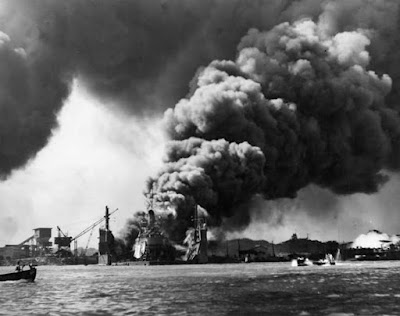 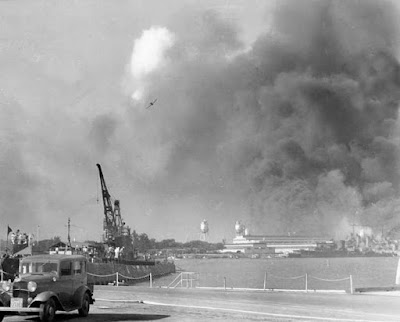 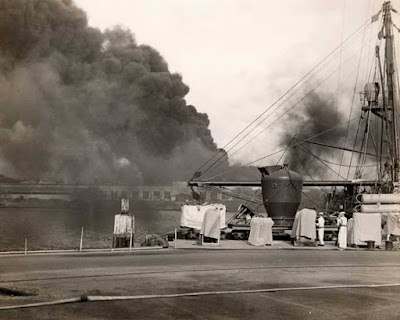 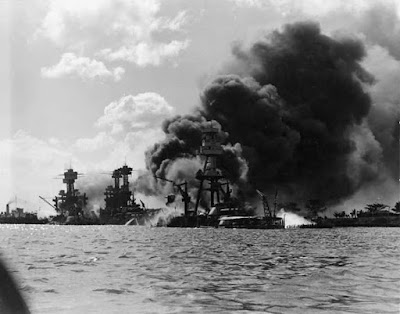 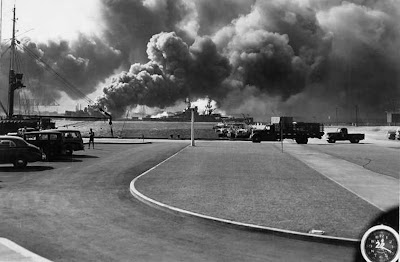 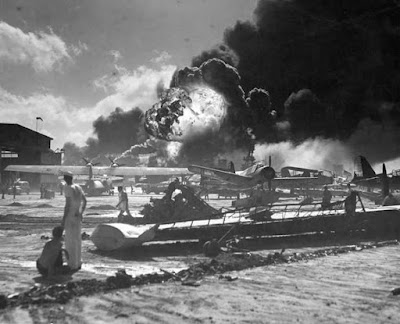 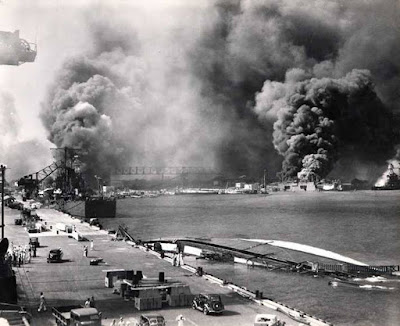 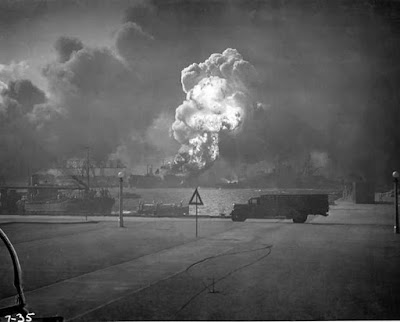 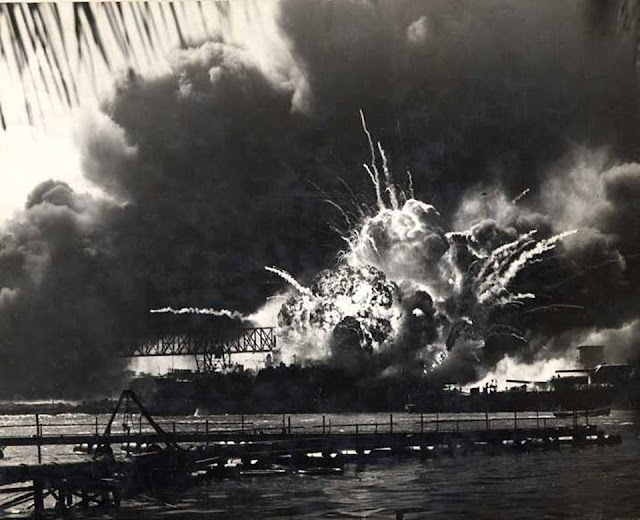 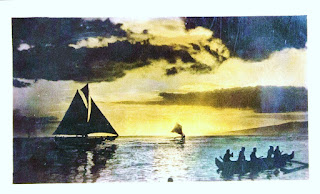 http://www.bannerandsail.com/2016/09/a-treat-for-me-least.html?spref=tw … …
Posted by Stephanie No comments:

It pleases God when we use our gifts and talents to glorify God. Creative work exchanges a lack of words for a sweet fellowship of worship. 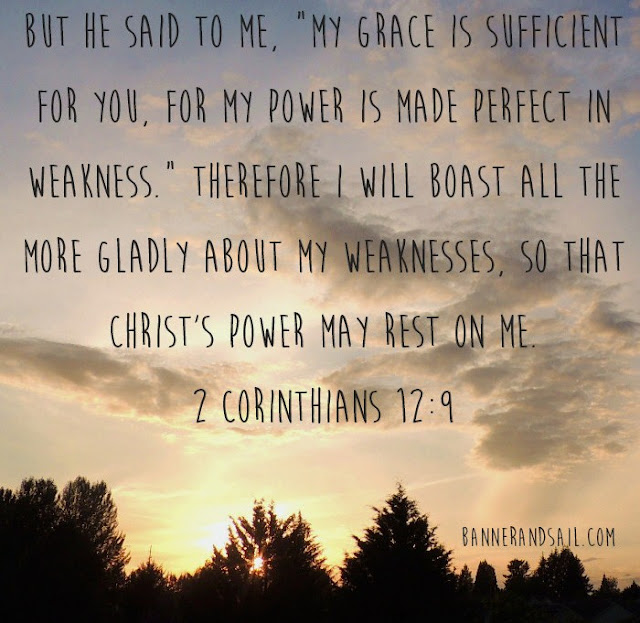 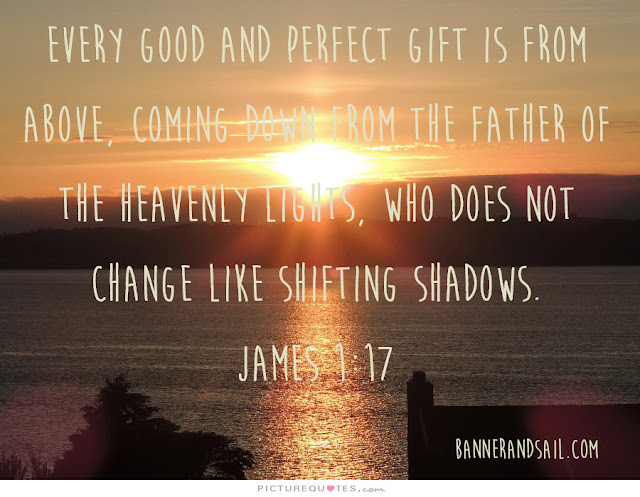